The Air Filter Debate – Is Too Much Too Much? 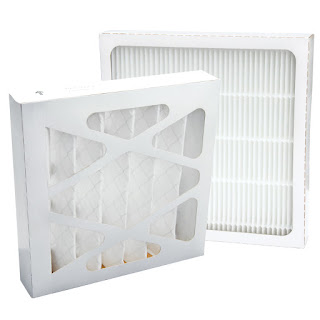 In previous blogs, we have talked about the importance of bringingfresh air into the home and using a mechanical solution like the Air King QFAMor FAS. Those products also utilize an Air Filter.  The thing with Air Filters is that they need to be replaced on a regular basis. But what should you replace it with? In our pursuit of better air quality, we have adopted the bigger is better philosophy and unfortunately, that is not always the case.

You will see terms such as HEPA or MERV. HEPA stands for High Efficiency Particulate Air, which means that a filter can trap 99.97 percent of particulates that are 0.3 microns. In terms we can all understand, it filters out most of the bad things in the air. MERV stands for Minimum Efficiency Reporting Value. Like the HEPA definition, the MERV rating is how fine of particles the filter is able to remove. The higher the MERV rating that more contaminates the filter will remove. A MERV 8 filter will trap most common household contaminants such as dust, pollen, pet dander and lint. Going up to a MERV 13 will also trap items such as mold spores, car fumes, smoke, bacteria and microscopic allergens. When you go above MERV 14, now you are into filters you are going to find in settings such as a hospital.

So why not always use the highest MERV rating possible? This comes down to airflow. The issue is that the higher the MERV rating, the more it is going to restrict the airflow. The filter is going to trap more, which is good, but it will also need more power to push the air through. This can have a negative effect on your total system. Let's say you have a MERV 8 filter in place but you now want to change that to a MERV 13. You will see a decrease in the amount of air coming through. Some systems have the ability to compensate and increase the airflow. With Air King’s Fresh Air Machines, you have the ability to adjust the speed manually. For systems that do not have the ability to either self or manually adjust, using a higher rated filter could restrict the airflow to a point where the system is no longer working as expected. This could also have longer-term effects on the system as it will have to work harder to move the air.

So what Air Filter should I use? With Air King products that use filters, take a look at what the CFM (Cubic Feet per Minute) setting is at. If it set below the maximum airflow amount, you can utilize a higher MERV filter and adjust the setting. We do highly suggest that you consult an HVAC expert to make sure the correct airflow is still taking place. They will be able to advise you and test the actual airflow.

Posted by Air King Ventilation at 10:51 AM